I had read an article from UC Davis last fall about boutique wineries in Napa and Sonoma.  One of the winemakers Matt Reid is a Davis Alum and owns Peoples Wine Revolution (PWR) with his wife Marcy.   I was intrigued by the name so I searched for them. Reading their website I liked their idea Ruling class wine at working class prices.

We had friends getting married in October in Calistoga, so I reached out to Matt asking if we could have a tasting while we were in town.  Matt replied right away and we started planning a tasting.  Since they do not have a tasting room we planned to meet at a park in Calistoga.

A week before our visit Matt reached out and said with the early crush he was unable to meet.  However, his wife Marcy was able to take his place and asked if that was OK?  We kept our date and met Marcy along with their daughter Beatrix.  After our tasting, we bought a few bottles from them and Marcy asked if we would like to stop by the winery Matt is working.  It was a pleasure meeting Matt and we enjoyed a brief visit while tasting wines at the wineries picnic table. 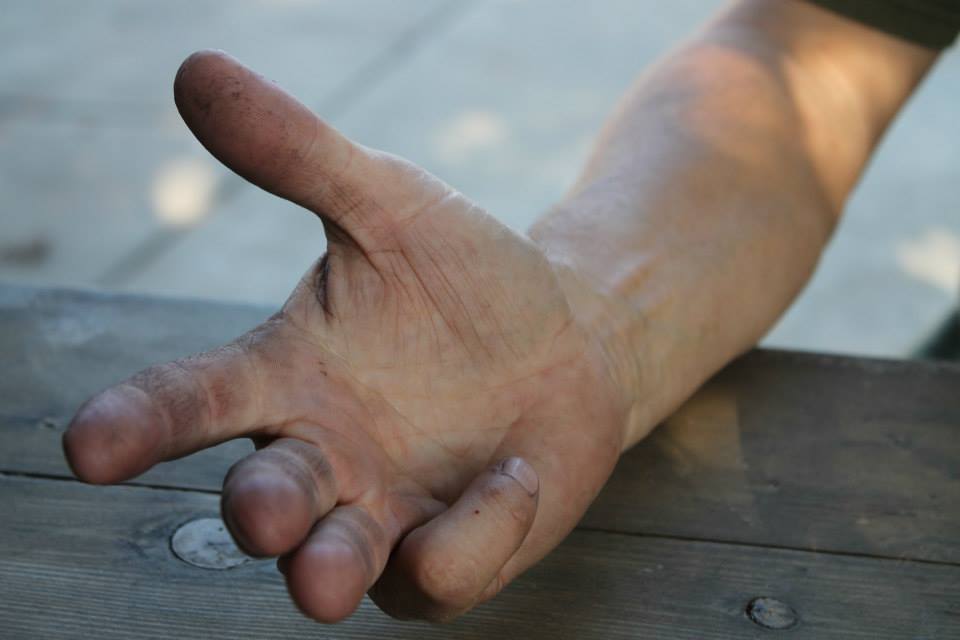 As we were talking Chris took a picture of Matt’s purple hands.  Matt is very hands on. 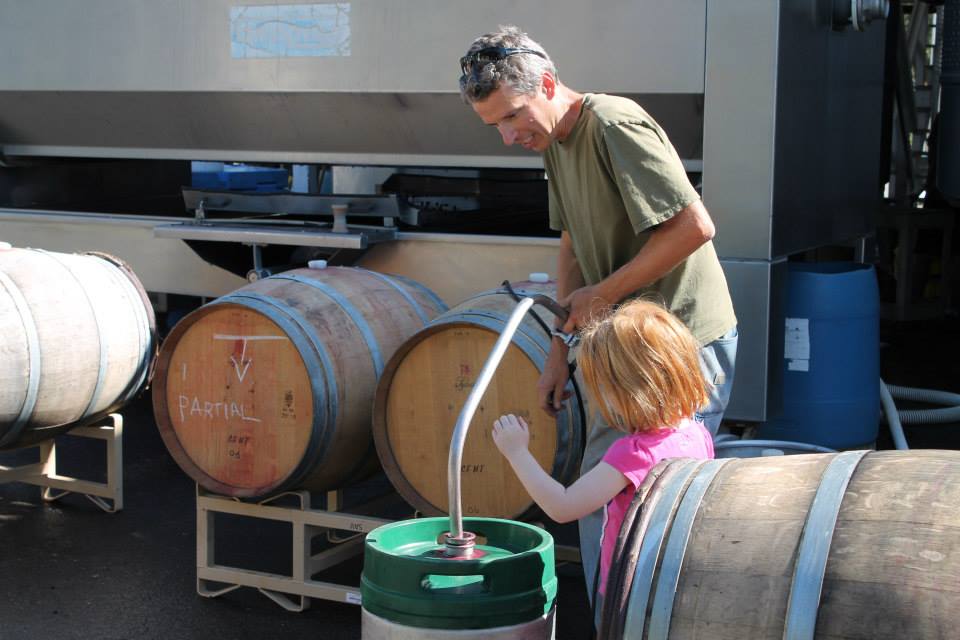 Matt topping off a keg with Beatrix.

Recently on a lazy Sunday following a later night bottling our Chardonnay that we fermented last fall.  Our oldest son Nick and his fiance spent the night because they too had plenty of wine to drink with us.  I was working on the basement area creating a small fermentation and staging area.  I had purchased some Australian Shiraz juice including skins and I plan on fermenting the juice soon.  My afternoon flew by and Chris was starting to prepare dinner.  She planned to prepare fresh Salmon with grilled vegetables along with a beet salad and I was ready to have a glass of wine.  I wanted something other than a Cabernet Sauvignon or Chardonnay.

I was in my cellar pulling bottles when I came across a bottle of 2012 The Peoples Grenache from Peoples Wine Revolution. Grenache is a spicy varietal that I thought would pair well with dinner. 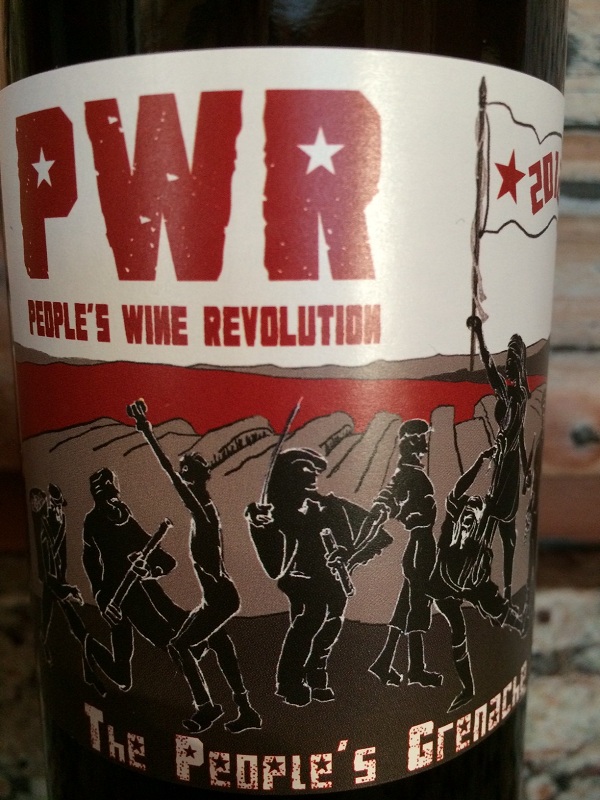 Sight
The Grenache was pale and the hue was ruby.  The wine was very clear. 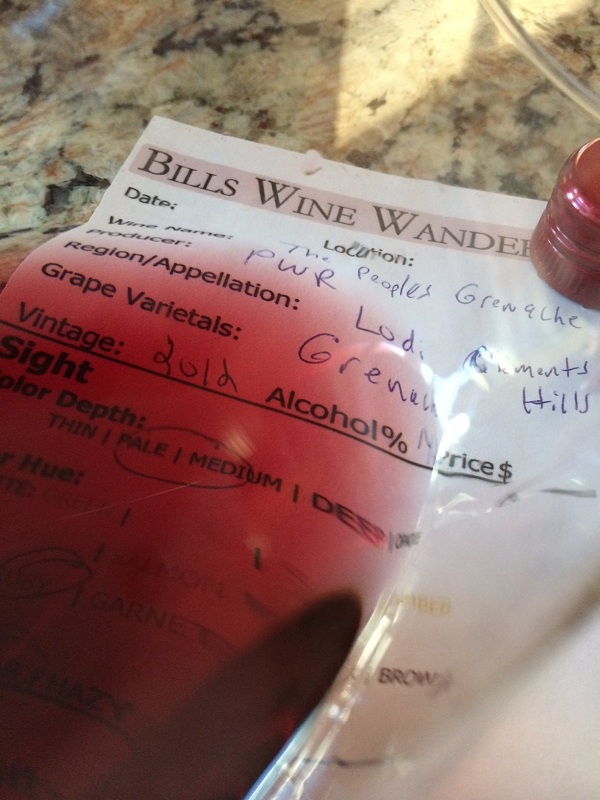 Smell
The Grenache was very aromatic and young smelling.  I could smell spice, pepper, rhubarb, and cranberry.

Taste
It was slightly dry, medium-bodied, and a bit tart.  The tannins were light and soft while there was a tart feeling on the rough of my mouth.  After a few moments that tart disappeared and finished softly with a medium finish. 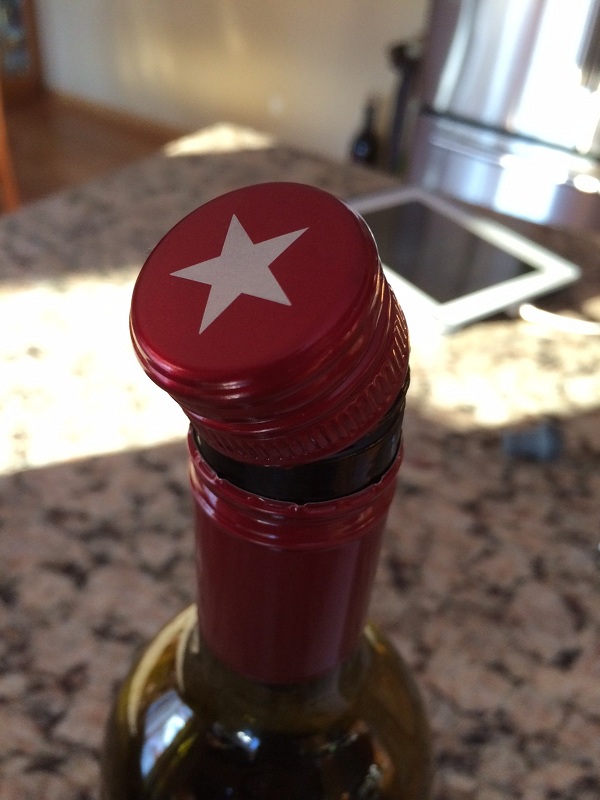 A screw cap is used.  I’m guessing to keep the cost down and Matt wants people to drink it now.