We have been attending the annual Ramsey Rotary Wine Tasting for four years now.  This wine tasting gives us a great opportunity to try many types and styles of wine that are available to purchase at the local Coborn’s liquor store.

The event has always had silent auctions and this year they added tables of paintings that would be auctioned off later in the evening.  Personally, I really do not know much about art nor did the friends we were with so the auction didn’t excite us.  Because of the auction, we didn’t stay very late this year.

I was also disappointed that the number of tasting tables was far less then other years. 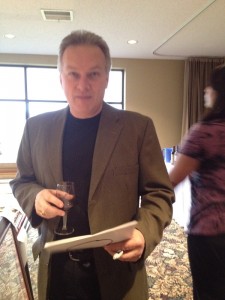 Here I am looking at the list deciding where to head to first.

The first table Chris and I approached was from New France wine distributors.  The table had seven wines to sample.  Since I am not a Riesling fan I decided to taste the reds only.  As a matter of fact I pretty much stuck to tasting red wines that night.  We tried a Velvet Devil Merlot (which had a smokey nose and taste), Montoya Pinot Noir (Burgundian style) and a Terres de Bel Airs Cotes du Rhone.  Cotes du Rhone is another region in France like Bordeaux.  The varietal of wine you would be familiar with for Cotes du Rhone would be Syrah or  Grenache.

Since I am not a fan of smokey, the Velvet Devil really did nothing for me.  The Terres de Bel Air did not favor well either.  The Montoya Pinor Noir however was tasting really good. 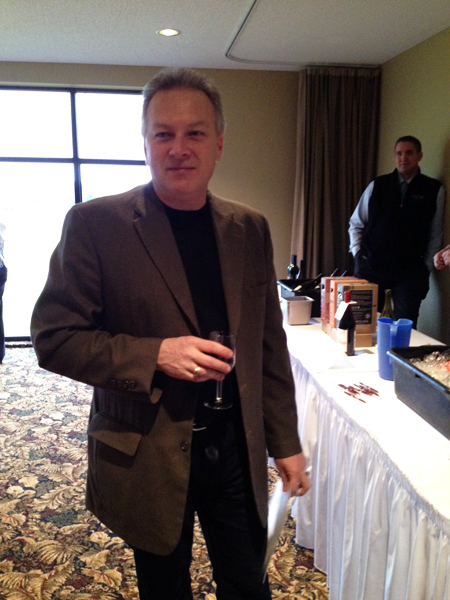 As the night progressed we ended up tasting wines from eight tables.  There was at least one favorite at each table.  Michelle’s boyfriend Jake accompanied us, so it was fun to watch him try different wines as a younger generation and hear his input.  The reality is that even Jacob can tell the difference between a cheap bottle of wine and an expensive one.  We did however, find some pretty good bottles of wine for less than $20.

I included an image of some of the wines we tasted that night.  The check marks on the right are the wines tasted and the asterisk on the left are wines we liked.  All of the wines can be purchased at Coburn’s liquor store.  We found many wines under $20. 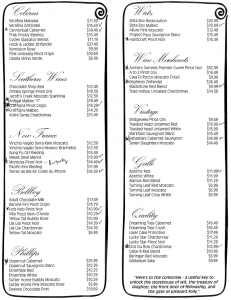 Have you ever opened a bottle of wine and it…

Beaujolais is a small appellation that is in the center-eastern…