Our oldest Nick turned 24 August 21st.  We hosted dinner for my parents, Andrew, Bri, and Nick the following evening when Nick was available.  Every year Chris asks the birthday person what they would like for dinner and this year Nick requested Juicy Lucy Hamburgers and cheesy hash brown potatoes.  On his actual birthday he and some friends went out to a local pub to celebrate.  I sent him a note telling him not to have too much fun.

My folks were the first to arrive, followed by Nick and Bri around 5:30pm .  I could see Nick was a little sleepy, and told us that he had stayed home from work that day.  (He apparently had too much fun the night before and needed to rest after all.)  I had a bottle of 2009 Kunde Reserve Century Old Vine Zinfandel sitting on the counter waiting for them to arrive.  As I was pouring a glass, Nick declined until we were eating dinner.  It was really too bad for him, since this Zinfandel was pretty darn good! 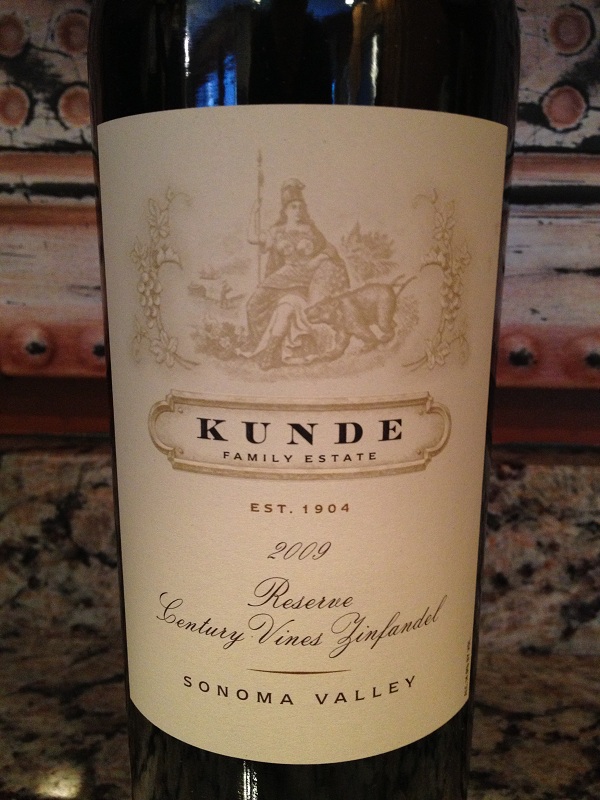 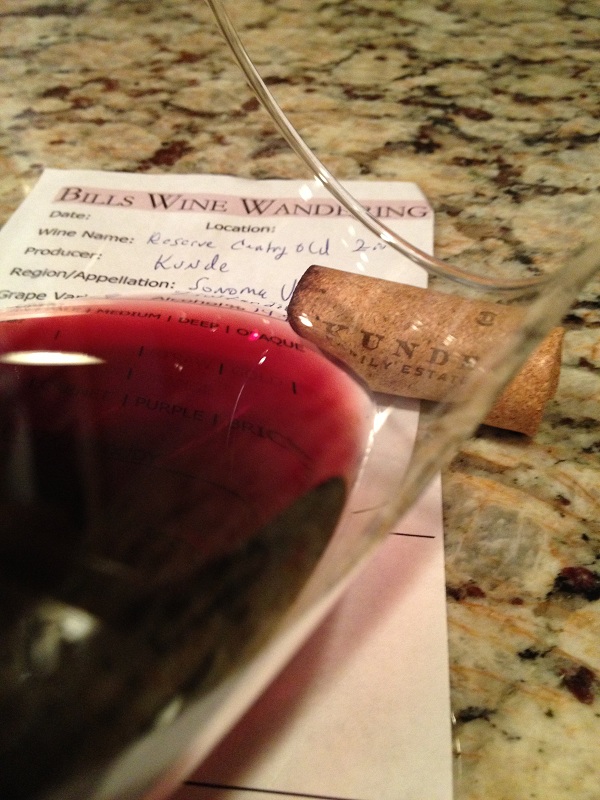 Smell
The old vine Zinfandel was very aromatic and fruity.  I could smell spice and dark fruit.

Taste
It was slightly dry and full-bodied.  The acidity was lively and my mouth watered with every sip.  The tannins were weak and soft while I tasted dark fruit, plum and spice.  This old vine Zinfandel was very flavorful with a long silky finish.

Nick did eventually have a glass of wine with dinner.  I could see he was pacing himself and was looking forward to going home to sleep.  I know Bri enjoyed it because she and Chris had no problems finishing up the bottle as they cleaned up after dinner!