Fall is in the air.  It was the official first day of fall and we decided to cut a tree down at Dave and Heather’s recently.  The tree has been dead for many years and Dave was concerned it might fall.  He was hoping the wood was in good enough condition to burn in their fireplace.

We started the day around 10am.  Chris (Dave’s brother), Steve and Dave had already started when I arrived.  They had trimmed most of the branches off of the dead tree and the last thing to do was cut it down.  The tree must have been 8 feet in diameter as it took Dave thirty minutes to cut around it and drop it.  Once it was down, I joined Dave with my chain saw and an hour or so later it was cut up and ready for the log splitter. 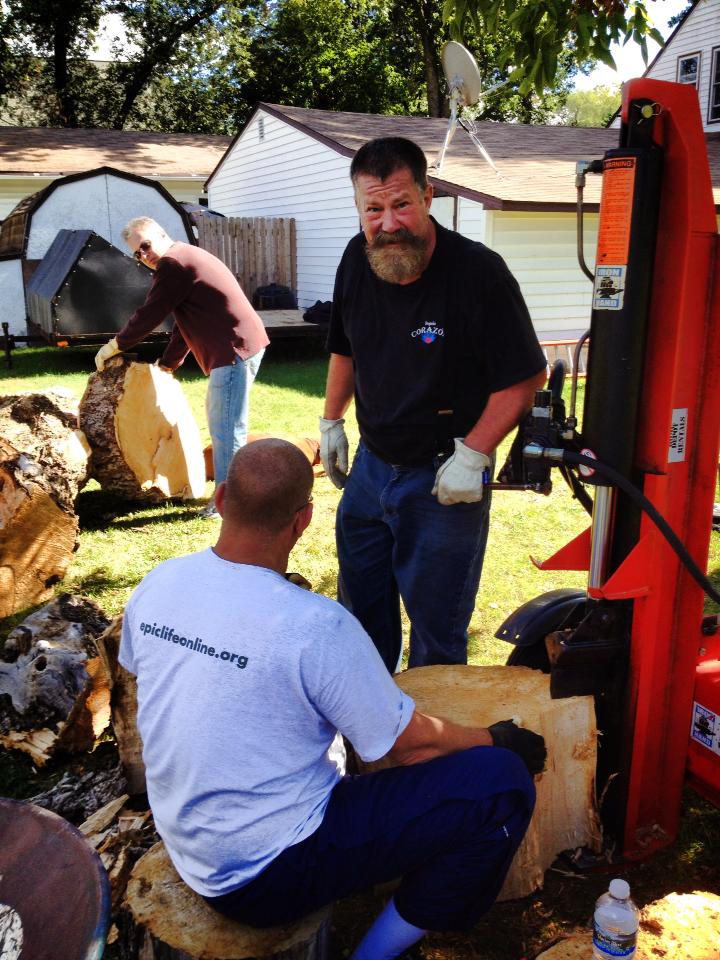 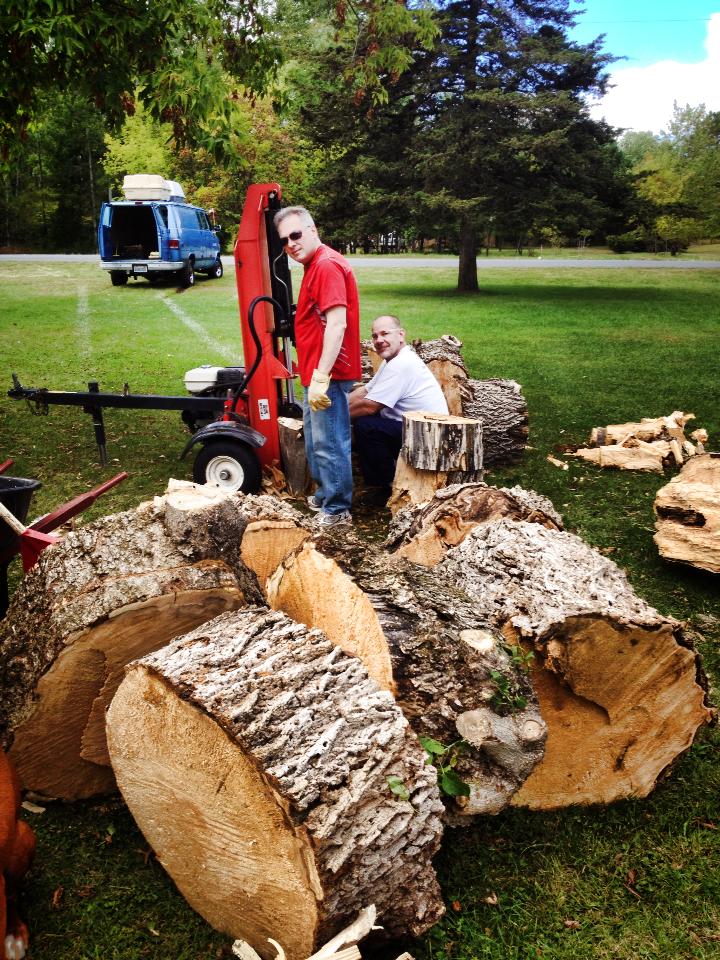 The logs might be big but they were really light.

The wood was overall was light, so moving it after we diced it up wasn’t too much of a challenge.  I was concerned the wood may be past its “Fire place time” and it might be a better option for the lake campfire pit.  As I suspected two-thirds of the wood was not acceptable for indoor use, but at least we have wood for the lake! 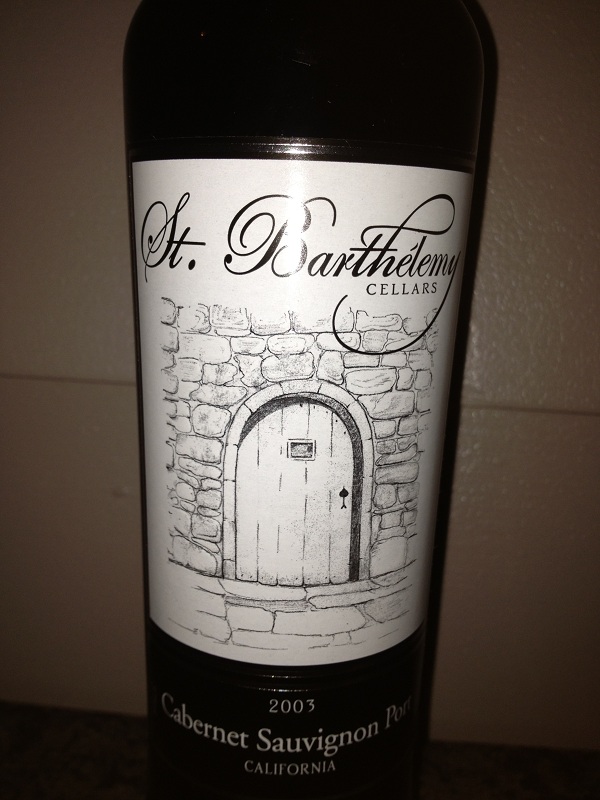 After everything was cleaned up (including us), we share some wine and good food.  To finish the night I brought a bottle of 2003 St Barthelemy Cellars Cabernet Sauvignon Port.  St Barts Port is one of our favorites.

Sight
The Cabernet Sauvignon Port had a medium color depth and a garnet hue. 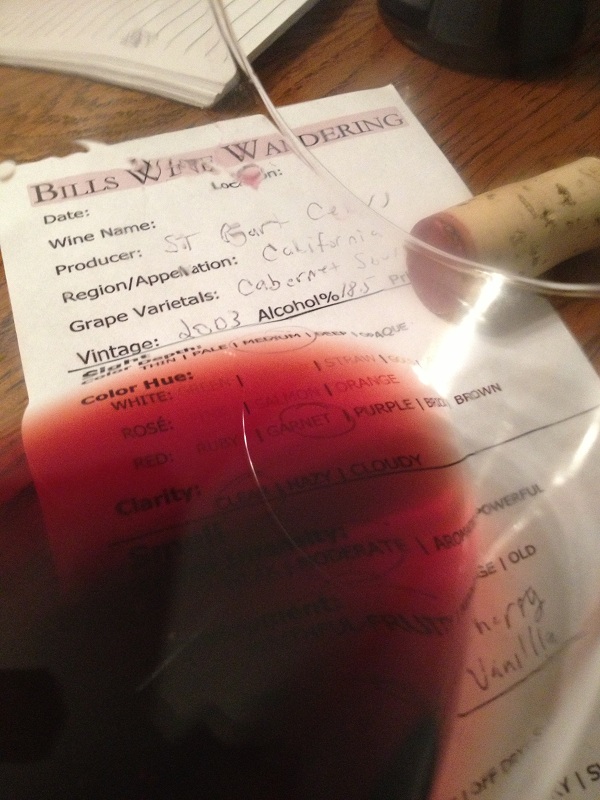 Smell
It was moderate and fruity and we noted sweet cherry, caramel, and vanilla.

Taste
It was sweet and full-bodied and the acidity was lively making my mouth water.  We could not really feel any tannins.  It was flavorful and we tasted sweet cherry, oak, and Chris thought a touch of anise.  The finish was long and flavorful.

We rated the 2003 St Barthelemy Cellars Cabernet Sauvignon Port three glasses.  Before the night was over the bottle was empty.  There has never been a time we did not finish a St Bart port.