The other night Chris was making Pork roulade with cornbread stuffing, spinach, caramelized onion and mozzarella.  I wanted to pair the meal with a nice red wine.  A Cabernet Sauvignon or white wine was not going to cut it, I was thinking a Pinot Noir or an Italian wine sounded good too.  After spending time pulling bottles I came across a 2006 Antonelli Montefalco Sagrantino. 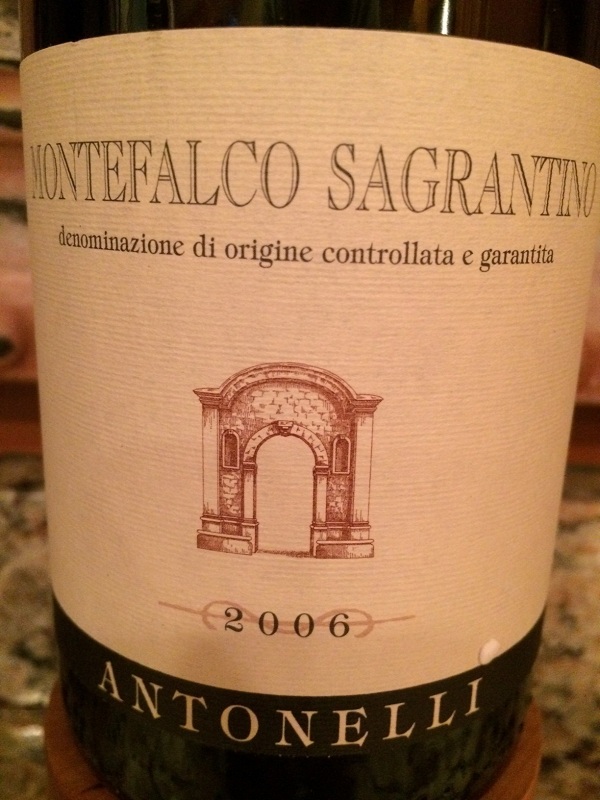 The Sagrantino varietal is somewhat new to me so I did a Google search.  The name of the grape seems to derive from sweet red wine used in the past to celebrate the Holy Mass: “sacramental wine” or “wine of the sacristy”.  The origin is unknown, but it’s probably a native variety; another hypothesis says Franscican Friars imported it from Asia Minor.  It’s widespread in Umbria, a region of Central Italy, especially around Montefalco near Perguia, where it has found the best cultivation environment. 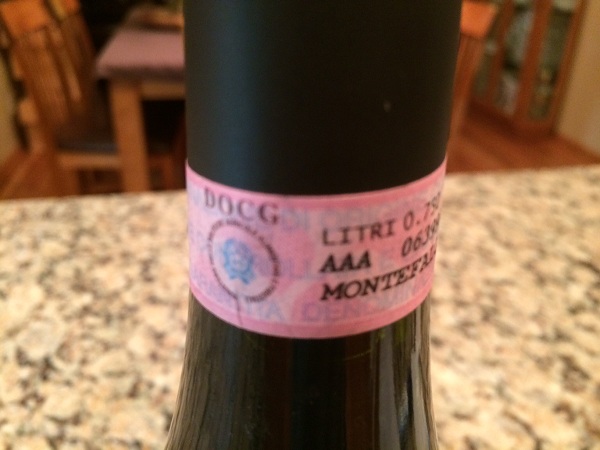 The vineyard is in the heart of the Sagrantino di Mottefalco appellation and it is a DOCG.

This all interesting since Lent started this week for us Catholics. 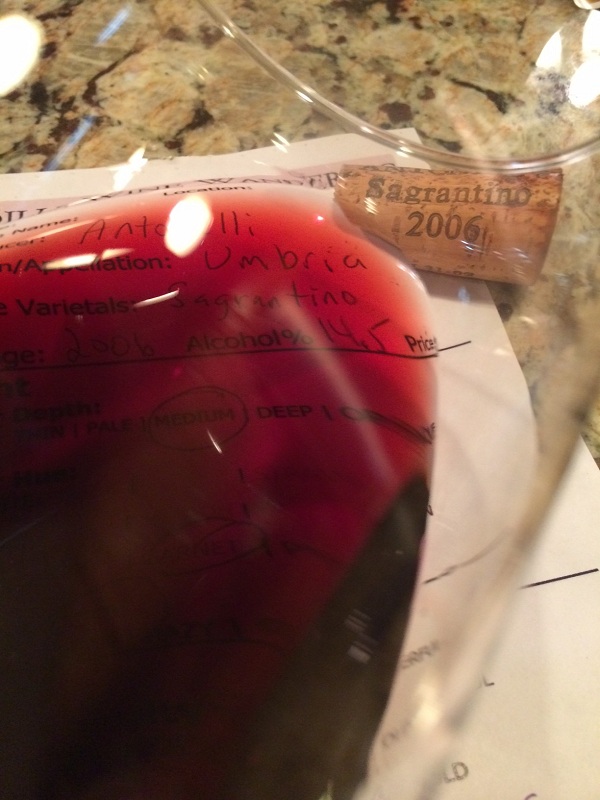 Smell
The Sagrantino was fruity and the aroma was moderate.  I could smell spice, plum, pepper, black fruit and cherry.

Taste
It was dry, medium bodied and a little tart.  The tannins were medium and slightly astringent and I noted multiple deep cherry layered flavors.  The tannins were felt on the rough of my mouth, while the finish was long and flavorful.

The bottle is 100% Sagrantino fruit. 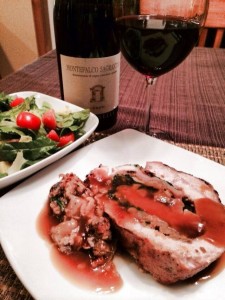 The red wine complimented Chris’ meal and it was even better the next day. 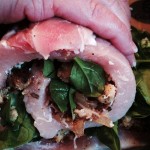 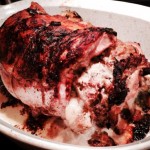