I think is was last spring when I received a particular email from Shafer.  I receive news letters often but this time there was something different.  Within the email I learned that Doug Shafer would be releasing a book “A Vineyard In Napa”.  The book is a Doug Shafer’s memoir covering 40 years in Napa Valley.

At the age of 47, when he a successful publishing executive and living with his wife and four children in an affluent Chicago suburb, John Shafer made the surprise announcement that he had purchased a vineyard in the Napa Valley. In 1973, he moved his family to California and, with no knowledge of winemaking, began the journey that would lead him, thirty years later, to own and operate what distinguished wine critic Robert M. Parker, Jr. called “one of the world’s greatest wineries.” This book, narrated by Shafer’s son Doug, is a personal account of how his father turned his midlife dream into a remarkable success story.

Reading the details about Doug’s book, I immediately placed an order on my Amazon account.

After reading the brief story, I reflected upon the times we have been to Shafer for tastings.  We have enjoyed the tasting with John our tasting room host (not John Shafer).  We also have had the privilege to meet both John and Doug on separate occasions and spent a little time talking about Shafer and their wines.

Initially the book was to be released in November.  When Chris and I arrived from our Italy trip the book was sitting in my pile of mail waiting for me to open and start reading.

On a relaxing Sunday I started to read the book.  I was immediately drawn into it.  Just hearing the story of a middle-aged John Shafer who pulled his family from Chicago in the early 70’s was pretty amazing.  John had no back ground making or running a vineyard.  He only had a dream and passion to motivate himself.

I found myself reading a couple of chapters and closing the cover, just to find myself opening the book again and reading more.  The short chapters kept my interest up.

I also want to learn more about the history of Napa and this book (Chapter ten, 1976) brought you right in to the mid seventies at the point where world renown wine tasting at the InterContinental Hotel in Paris took place.  This was where the Napa Valley wines (Cabernet Sauvignon from Stags Leap Wine Cellars and a Chardonnay from Chateau Montelena) were matched against some of the best wines France had to offer.  Well long story short, Napa blew the doors off and the French taste testers were scrambling!  That day definitely jump started the interest in Napa wines again.

Every chapter is its own story.  A chapter that I found interesting was 18 Arson. This chapter discussed a fire that could have destroyed the Shafer vineyard.  With the help of a local person they started fires in a ring around the family house and back fires around the vineyard to stop the fires approaching the vines.  During one of our first visits to Shafer Vineyard, we met Doug and his father John.  They spoke of this very story! 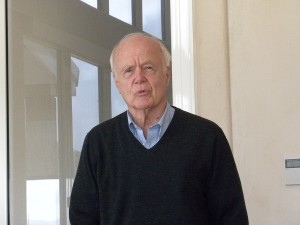 John talking about the history of Shafer vineyard, 2010 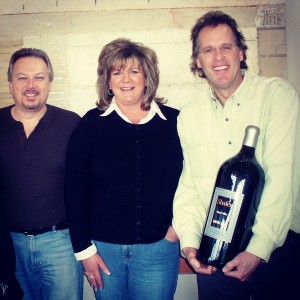 Another chapter I enjoyed was 40 Syrah.  The Syrah named “Relentless” is a tribute to wine maker Elias’ passion to making wine.  I laughed when I read that the vendors described Elias as a pain in the neck!

The book is 256 pages.  I spent half of a rainy Sunday reading and finished the book during lunch on Monday.  I have to tell you its been quite some time since I read a “non technical” book, and I truly enjoyed it!

If you are interested in the story of the Shafer family, Shafer vineyard and wine making or even the history of the valley I would read this book.

For the most part, I read technical textbooks related to…

Chris' friend Jennifer decided to have a girls night at…

If you have noticed, many of my blogs I talk…