We woke up Saturday morning and really had nothing going on that day.  It was a nice having nothing to do but we were not feeling like spending the day in the house watching TV.

One of Chris’ national builders had just started a new community in Eden Prairie and this day was the official opening of the model home.  So we decided to head down and check it out.

We were very pleased with the workmanship of her technicians on the team.  There were a few minor issues that would need to be addressed, but overall the the work looked great.  The project manager was pleased and the model was beautiful!

After looking around we decided to have a quick bite to eat and then headed over to the Byerly’s in Maple Grove.   Chris was looking for a few ingredients that our local stores did not offer.  After we finished shopping we decided to check out their wine store too as they were having a wine sale.

We were greeted by a gal to the left offering us samples of some wines.  We tasted a Chardonnay, and two Cabernet Sauvignons.  We spent a little time browsing and Chris was looking at the varieties of port.  The sale offered a buy one, get another at 50% off.  I proceeded to look at the Cabernet Sauvignons, Merlots and Blends. 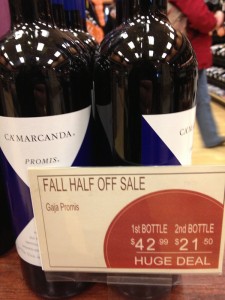 I had paid $100 per bottle so when I saw this discounted price I had to buy a couple bottles!  We were joining friends for a Saturday wine tasting, so I brought a bottle along to share with friends.  After the sale prices and additional discounts, we only paid $30 per bottle!  Not bad for a local price of $50 and we thought we should have bought more.

We enjoyed dinner over at Louis and Rich’s house along with a few other friends.  The first bottle we drank was a 1999 Clos Pegase.  It had been decanted and was very good!  (I will be blogging this exceptional wine too at a later date.)  The second bottle we enjoyed was the 2009 Gaja Ca’Marcanda Promis. 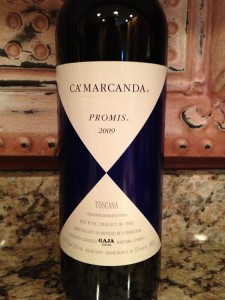 Here are our tasting notes.

Sight
The color of the Gaja Ca’Marcanda Promis was a light Garnet color.  It was very clear with no sediment in our glass. 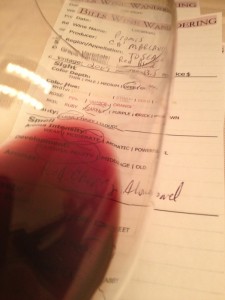 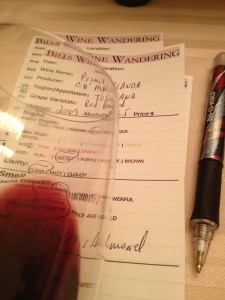 Smell
The aroma was moderate and you could smell fruit.  Some noted Dark Cherry, Roasted Almonds and a slight spice.

Taste
This is a very good full bodied Super Tuscan wine.  The acidity was nice as my mouth salivated it as I drank it.  The tannins were medium and it was very flavorful with a long finish.  Some of the flavors we tasted were ripe fruit and fig.

Wine notes
The blend for the 2009 Promis is 55% Merlot, 35% Syrah and 10% Sangiovese.  The three varietals were barrel aged for 18 months in new and slightly used oak separately and then blended

Everyone enjoyed the 2009 Gaja Ca’Marcanda Promis.