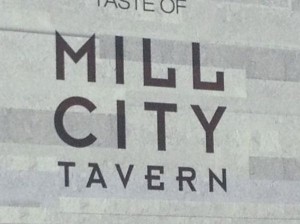 Unique: Gourmet options at an airport

I only gave Miss City two forks because it’s a worthy addition to its neighborhood with consistency in its food.  But after reading the reviews, I think the majority of folks would vote this place four forks, which defines excellence in local dining.  Worth the investment. 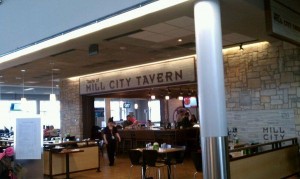 I couldn’t find a website but did read a lot of great reviews on this place.  They are listed in “Where to Eat at the Minneapolis/St. Paul Airport”.  We’ve stopped a couple of times as it’s conveniently located in the gate area where we typically fly out of and I will say that when traveling, this is a good stop for food that doesn’t taste like “airport” food.  You’ll people watch a nice mix of different types of folks either bellied up to bar or seated at a quieter table, but the place still had a fun atmosphere of a bar.

With recipes inspired by Heartland’s Lenny Russo, Taste of Mill City Tavern’s menu is full of local Minnesota flavors.   There are a lot of unique menu options and I saw a number of delicious looking items being delivered to other guests from roasted chicken breast with root vegetable hash and sage cream sauce, fennel-cured whitefish to wheat berry risotto.  They offer hearty looking breakfast options and also have some simple salads and sandwiches to choose from.  (Some photos found on line) 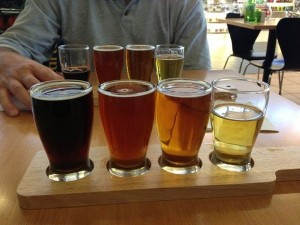 The tavern has a number of local craft beers on tap, including Fulton, Summit, and Surly, plus more in bottles; as well as has a decent variety of wines to choose from.  (Photo found on line)  Bill enjoyed a glass of Viognier ($10) as well as an Annabella Pino ($12)

I did see a delicious looking Bloody Mary as I like to have a “snack” within mine!

Folks rave about the quality food and friendly service, but know you’ll pay airport prices here, but at least you feel like you get your monies worth!

We started off with:  We skipped an appetizer this day because we were just planning to eat a light lunch. 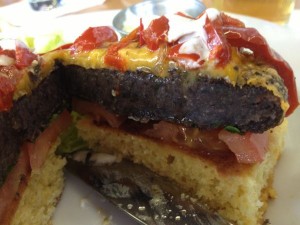 The burger just sounded different and we weren’t feeling like a cold sandwich for lunch that day.  It was served hot with melted cheese and nice roasted red peppers, which added a nice sweet element.  Our server Kimberly B had described the burger as somewhat spicy, but it wasn’t at all.  I mentioned that to her and she offered some hot sauce, which really rounded out the flavors. 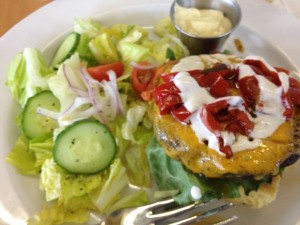 We skipped the fries and they substituted a salad without an up charge.  They only had two dressings to choose from; a Cesar and a “house”, which was described as a vinaigrette though it really was more like a mild aioli.  It lacked seasoning, but was still flavorful.

Dessert:  We opted against it

Here are some of the other options for your consideration. 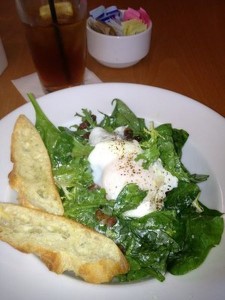 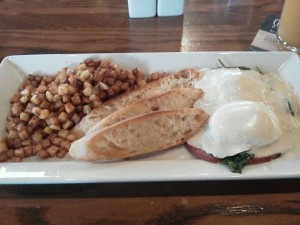 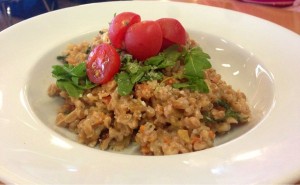 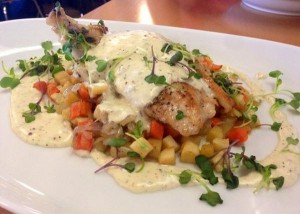