We spent the first weekend of “Spring” at our friends Cynthia and Dan’s place in Austin Texas.  Cynthia was my administrator prior to her leaving for a change in Austin.   I surely do miss her and all of the help she used to provide.

We really enjoyed our time there.   One of the things they wanted to do while we were visiting was to hit a couple local Texas wineries.  I was a little hesitant to try Texas wines but was willing to give them a try!  The previous weekend we traveled to Wisconsin with friends sampling some of their local wines.  I have to say I was NOT impressed with the quality of the Wisconsin (or Minnesota) wines.  I realize that the University of Minnesota is trying really hard to produce a wine friendly grape that is hardy to our cold winters, but in spite of the slight improvements, there is a lot of work to be done yet before I will claim it “good”.

We began our Sunday morning enjoying a hardy breakfast.  Whenever you do any wine tastings, I recommend you start with a good base.  If you go to tastings on an empty stomach you may find yourself in trouble the next day and trust me; a wine hangover is not fun!

We packed our bags and loaded them into the SUV and had packed some water and snacks just in case.  The trip to the wineries would be about an hour from the house and we would have to conclude our day departing from the airport.  The views were nice and to our surprise the Texas Bluebonnets were in full bloom!  Chris was very happy and we had to stop so she could take a few pictures. 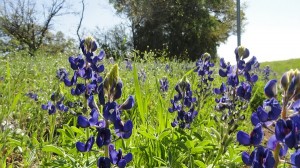 Here is a little history and information on Inwood Estates Winery and Dan Gatlin the wine maker:
It has been a very long road from the beginning to the release of these one-of-a-kind
wines. Dan Gatlin grew up in the retail beverage trade as his family was the owners &
operators of the Hasty chain of wine, spirits and convenience stores in Dallas, Texas.
His father, Vernon Gatlin, had worked his way up from Depression Era beginnings
after Prohibition. After service in WWII, Vernon Gatlin returned to Dallas and
established himself as an astute businessman building the A&A Company to 28
stores, and then Hasty to 15 convenience and 11 wine & spirits stores under his
ownership. Vernon Gatlin died in 1981 and his wife Virginia passed away in 1988.

Dan Gatlin built his wine skills as a buyer and eventually vice-president of the
company. When Hasty was sold, he turned his interest to vineyard research. His
close contact in the 1970s with the California wine industry had allowed him to
directly witness the coming-of-age of that industry in a way that not many people were
allowed to see in those days. He, therefore, began the long process of researching
whether Texas held any possibilities for fine wine production by establishing one of
the first vineyards in the state in 1981 sampling 22 all-vinifera varieties in Denton
County, Texas.

In 1997, Dan and Rose Mary Gatlin bought a large lot in a then-undervalued part of
Dallas where they remodeled the house for their residence and established a
245-vine completely “urban” vineyard. This became a local point of interest and
some early Palomino-Chardonnays were produced from there non-commercially as
the yield was less than 50 gallons per year. In late 2005, the Gatlins moved from there
but the name stuck as the winery was being built in another part of the city. Today the
current owner of the Inwood Road property has taken an interest in continuing the
urban vineyard and the 2006 grapes contributed to one barrel of “Urban Dallas”
Palomino-Chardonnay which will be available by Christmas 2007.

The business was established in 2004 and the winery built in 2005 which housed the
first in-house crush.  The 2003 and 2004 wines were custom crushed at Wales Manor
Winery in McKinney, Texas where Mr. Gatlin served as winemaker for both vintages
of Tempranillo-Cabernet. The 2003 Temp-Cab and the 2005 Palo-Chard were
released August 1, 2006, to a great reception of restaurant customers in Texas’ four
largest cities: Dallas, Houston, Austin, San Antonio.

We arrived at the Inwood Estates tasting room around lunch time.  I liked the overall feeling of the tasting room and the ladies there were very hospitable.  The staff was preparing the tasting room for the day and were getting ready for a couple of large groups.  We were welcomed in and encouraged to wander around until they were ready for us.  We meandered back to where the barrels and fermentation tanks were located and did some looking around. 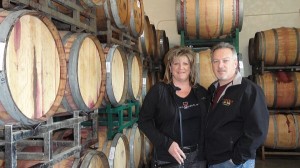 Bill and Chris in the cellar room 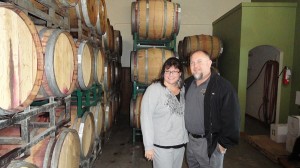 Stephanie greeted us and was ready for our tasting.  Chris, Cynthia and I were going to have a tasting.  We were provided a tasting sheet and worked our way through the various varietals.  After my first taste, I was pleasantly surprised as I did not think a warm weather climate (including not so cool nights during Verasion) could produce a quality fruit. 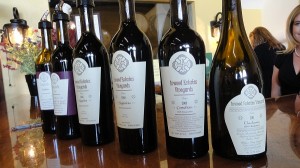 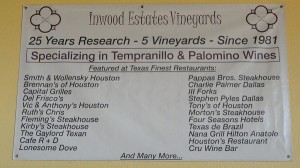 The wines are served in numerous Texas restaurants.

After the tasting concluded both Chris and I were impressed and decided to purchase some of the wines.  We planned to share some at our next weekend “Winer” group get together.  We ordered two of each and had a case delivered back to Minnesota.

The tasting fee is $12 per person.  However, if you purchase two bottles of wine that fee is waived.

We decided to stay for lunch as the tasting room is set up with many tables and the ladies were more than happy to assist us.  Of course, we had to have a glass of wine with our meal, so we ordered a bottle of the Segundo Red. 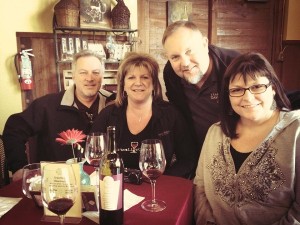 We were surprised at 2pm when two gentlemen arrived and started playing music right in the tasting room!  Adding music on a Saturday or Sunday afternoon is a nice touch.  We enjoyed our time at Inwood Estates Winery and would recommend anyone visiting the Austin area to go visit.  If you do, please mention BillsWineWandering sent you there! 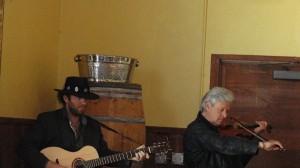 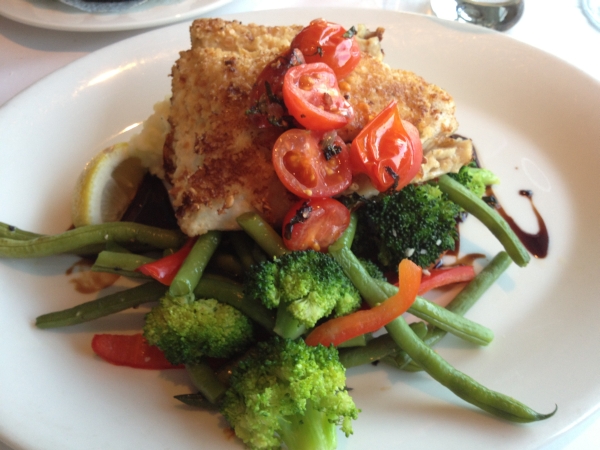 Paraduxx is owned by the Duckhorn wine company who has…

As you are likely aware, I have written about many…