There was a period of time where I was not fond of Charles Krug wines.  I kept trying them and they just were ok.  So why do you think the wines were just ok?  I think the issue with good quality wines comes down to the winemaking team  I heard there was a period of time at Krug where the winemaking team changed many times (winemaker leaves, comes back for $ and leaves again). I think this hurt the overall quality of the Charles Krug wine.

A welcoming change for me was when Stacy Clark joined the winemaking team at Charles Krug April 2011.  Before joining Charles Krug, Stacy was the head winemaker for Pine Ridge over twenty-five years.  Her parents are from Minnesota (Minnesota produces many great wine makers as I have said many times).

In the month of July Chris and I attended Joseph Phelps Insignia day.  It’s an annual event for wine club members.  This year was the re-opening of the facility.  As usual, Phelps did a stellar job with the event.  The food was great, the facility is beautiful and the staff are top-notch.  I look forward to the 2016 Insignia day.

While we were in town Chris and I stopped bu Charles Krug to pick up some wine for a friend.  One of the wines was the 2012 Charles Krug Family Reserve Cabernet Sauvignon and a gifted a bottle for picking up the wine.

A few days after arriving back at the house I wanted to try the wine.  I did not have high expectations.  However, Stacy had been at Krug for a year now and this was her wine.  So I was curious to see how it compared to previous years…. 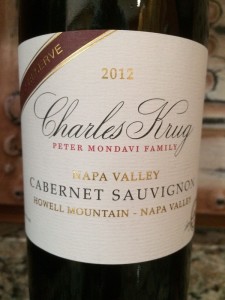 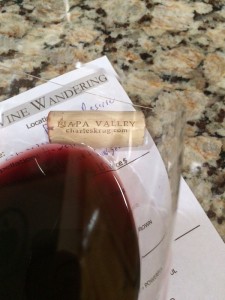 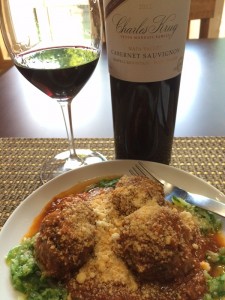 Both Chris and I were extremely happy with the wine.  So much I had to send my friend a text.  Since I was not patient, not held the wine, my new nickname is “Sir Patient”.