One of our recent Benessere Vineyards wine club shipments included a bottle of 2012 Aglianico.  Not knowing this varietal I had to research it.

Aglianico (pronounced [aʎˈʎaːniko], roughly “ahl-YAH-nee-koe”) is a black grape grown in the southern regions of Italy, mostly Basilicata and Campania. 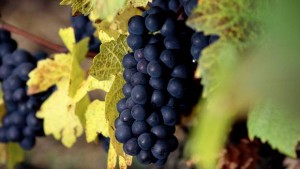 The vine originated in Greece and was brought to the south of Italy by Greek settlers. The name may be a corruption of vitis hellenica, Latin for “Greek vine”. Another etymology posits a corruption of Apulianicum, the Latin name for the whole of southern Italy in the time of ancient Rome. During this period, it was the principal grape of the famous Falernian wine, the Roman equivalent of a first-growth wine today.

Oenologist Denis Dubourdieu has said “Aglianico is probably the grape with the longest consumer history of all (1).

What does the word Benessere mean?  Benessere is the Italian word for well-being.

There is a lot of debate these days regarding the health benefits of wine.  One of the compounds in red wine is called Resveratrol. Resveratrol is the first compound that was shown to have an effect on platelet aggregation and be an antioxidant found in red wines.

Another topic released by the press many years ago (1991) called the French paradox.  This paradox concerns the comparatively low incidence of coronary heart disease in France despite relatively high levels of saturated fat in the traditional French diet. Some epidemiologists suspect that this is due to higher wine consumption by the French, but the scientific evidence for this theory is limited. Because the average moderate wine drinker is likely to exercise more often, to be more health conscious, and to be from a higher educational and socioeconomic background, the association between moderate wine drinking and better health may be related to confounding factors or represent a correlation rather than cause and effect

Wine benefits have received a lot of press recently.  I think the verdict is still out if there are health benefits.  I believe there are…. 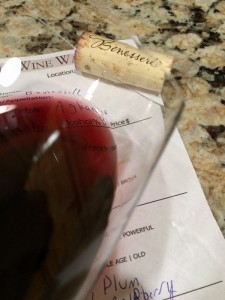 The wine has a lot of structure and I see if cellaring for 15 plus years.  That is if you want to wait that long to see how it develops.

I rated the 2012 Aglianico red wine three glasses.  To your health my friends…