We spent a weekend in Napa Valley with our son Nick who turned 25 years old; and his fiance’ Bri.  The last time they were there was when he proposed.  During our vacation, we drove to Bodega bay for the day because Bri had never been to the Pacific ocean.  It was a treat to take her there and experience that.

Coincidentally, we were in Napa the night of the 6.0 earthquake.  We can now say that we can check the experience off of our “never been” and we had a number of friends and family ask if this changes our mind about living in California.  I report eagerly “no”!  We live in Minnesota with hellish winters and have tornadoes from time to time and as a matter of fact, the day we flew home there were at least six tornado warnings an hour north of our home.  I’m sad to report that some of our friends did not fair well in the Napa earthquake and many parts of the downtown Napa buildings ended up in rough shape.  Most of the gas stations were closed until the gas tanks were inspected. 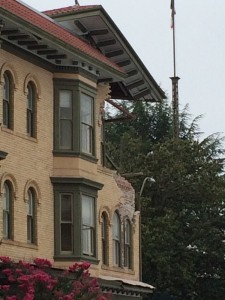 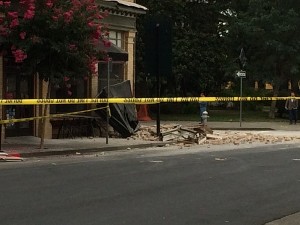 Most wineries experienced minor damage but there were some that lost many barrels on wine. 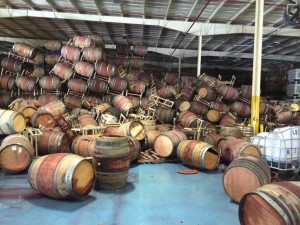 We had the fortune to spend time with Mitch Cosentino the night of the earthquake in his tasting room.  We sampled many of his wines and he gifted our son Nick a surprise bottle.  Since he and Bri enjoy Zinfandels, he brought and shared a bottle of 1991 The Zin for his birthday and the wine was amazing.

One of my favorites, however, is his pureCoz. 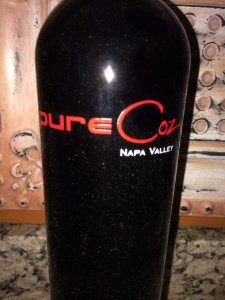 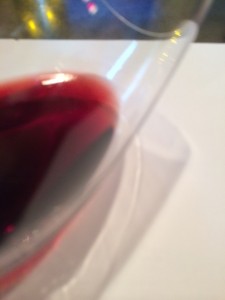 Sorry for the poor picture.  I didn’t have adequate light.

Smell
The pureCoz was very aromatic and youthful.  It was fruity and I noted dark fruit, blueberry, spice, vanilla, toast, and slight spice.

Taste
The Coz red wine was dry, full-bodied, and the acidity was balanced.  The tannins were weak and soft and it had rich mid-palate flavors with a long velvet finish.

Special Note: This wine since its inception, was designed to be more versatile when it comes to food match ups as Meritage’s (A Bordeaux blend using some of the noble grapes) are, but with an additional almost magical fourth dimension due to the Sangiovese added. It also includes one of the rarest of Cabernet Sauvignon clones in this Country, which is the Secret Clone, which migrated from Italy. This vintage has already become a Gold Medal winner prior to release as has the preceding two vintages.

I rated the 2009 pureCru pureCoz four glasses.  I would honestly say all Mitch’s wines are excellent and I have yet found one I did not like.  I know he had some damage at his house and hope he and other friends the best.